I recently posted on the fact that a larger proportion of gay people live in larger cities than “the country” in the U.S. (here). The post prompted a wonderful discussion about some additional issues that deserve more attention. 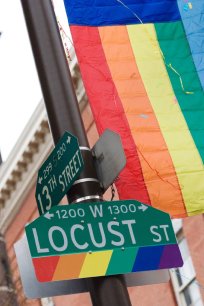 One is that the forces that may have called gay men and women to the city over the course of the 20th century might be subsiding.  For instance, Amin Ghaziani addresses the alleged demise of the “Gayborhood” as gay urban enclaves have recently started to be seen as less desirable places to live for more gay men and lesbians (this is an issue I discuss in more depth here).  Another issue that I briefly addressed in that initial post is whether “the city” has the same draw for (or effect on) gay men and lesbians alike, and/or whether different issues structure the geographic living considerations of gay men and lesbians in different ways.  It is this latter issue that I’ll discuss here.

In the initial post, I was prompted by a recent Gallup report presenting the relative prevalence of the LGBT population by state (a measurement that I felt concealed some important issues).  The finding that LGBT individuals are not evenly distributed throughout the U.S. is probably not that surprising.  But the “where,” “how” and “why” are wonderfully rich questions as sociologists are interested in how people make choices within systems of structured constraint.  When individuals and groups all start making the same or really similar decisions, sociologists get interested in the kinds of social and cultural forces at work helping them come to—or providing a framework for—those decisions. 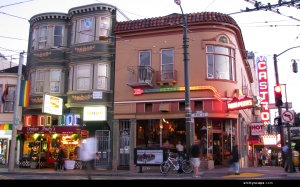 At the conclusion of the initial post I addressed the two hypotheses proposed to account for the larger proportions of LGB-identifying individuals in cities.  One theory is that they move there (the “migration hypothesis”)–they migrate to spaces where more people who identify in similar ways might congregate. The other explanation is that living in the city plays a critical role in structuring sexual identity—that cities might either invite or allow people to identify as gay more readily (the “elicitation/opportunity hypothesis”).  Both hypotheses are likely at work, but the latter—the elicitation/opportunity hypothesis—had much more explanatory power for men than for women.  Simply put, cities—they suggested—play a larger role in inviting/allowing men to identify as gay than they do for women.  But what about the gay men and lesbians who elect to live in rural areas.  Does a migration or elicitation/opportunity perspective make sense of their experiences?  And if so, what might that mean?

Emily Kazyak’s research on gay men and lesbians in rural communities (see here and here, and here for a report on her work) cites work arguing that “gay men are more likely to live in urban areas than are lesbian couples… suggesting that gender might matter for how sexual minorities experience rural areas” (here: 826).  Kazyak’s work highlights differences in rural and urban gender performances, but also of systems of evaluation by which gender performances are read and assessed.

The basic argument is that, “[A]cceptance for rural sexual minorities is gendered” (here: 831).  Kazyak found that the lesbians she interviewed experienced a more seamless cultural fit in rural communities than did the gay men in her sample.

Stereotypes about lesbian identity, performance and culture, suggests Kazyak, are less inconsistent with rural life than are similar stereotypes of gay identity, performance and culture for men. This is not to say that no men living in rural communities are gay; rather, the gay men she interviewed “created a distinction between their sexuality and discourses about effeminate gay sexuality [illustrating one way in which] rurality and effeminacy are constructed as incompatible” (here: 836).  Conversely, the rural lesbian women Kazyak interviewed did not see stereotypes of “masculine” lesbian gender performances as incompatible with rural living.  By this, Kazyak is not suggesting that only “masculine” lesbian women live in rural communities, but the ones that responded to her call for interviews identified with “masculine” traits and did not feel those traits incompatible with membership in their communities.

A less discussed issue, however, concerns questions about the meanings and costs of rural lesbian acceptance.  As Jane Ward wrote to me, this “could be read as suggesting that lesbians have an essential culture that makes them more drawn to a settled, back-to-nature, salt-of-the-earth, DIY existence (as opposed to, say, the dense urban sex-charged experience one gets in the Castro)” (personal communication).  This is a valid concern, and one that Kazyak grapples with in her analysis.  For instance, Kazyak is arguing that some lesbians are drawn to rural life because female masculinity is more normalized there.

But, Jane Ward also argued that we ought to take care not to over-romanticize rural lesbian life too much as Kazyak’s findings also suggest that “masculine” gender identities and performances by rural lesbians are “normalized precisely because it often does NOT not signify queerness” (Ward, personal communication) in rural contexts.  Indeed, Kazyak writes,

“[I]ndividual butch gender presentations are not enough to make women’s nonnormative sexuality visible in rural areas” (here: 842).  Thus, in some ways, their acceptance hinges on an ability to NOT disrupt normative gender performances for women in rural settings.  In other words, performances of “lesbian” are–in some ways–consistent with heterosexual women’s performances of gender in those same contexts.

At the same time, however, we ought to simultaneously be careful not to strip these experiences of their meaning for these women.  These are meaningful identities to the people who engage in and inhabit them.  So, just because they might have an easier time hiding in rural settings, doesn’t mean these women see themselves as “hiding.”  Indeed, this interpretation is insulting.  But it does mean that seeing them as challenging gender and sexual relations and dynamics in rural communities is probably overstating what’s actually happening.

Kazyak’s research is fascinating for more than one reason.  One is that her findings really highlight just how intertwined issues of gender and sexuality are.  One possible interpretation of Kazyak’s findings is that the “migration” and the “elicitation/opportunity” hypotheses might work in different ways in different kinds of social spaces for lesbians and gay men.  They also might work in some ways for some lesbians (or gay men) and in different ways for others.  Country living is here presented as a space to which some lesbian women might elect to migrate, while others who grew up in rural areas may experience more elicitation or opportunities to “come out.”  This same trend may work in opposite ways for many gay men, which could help explain why Laumann, et al.’s findings suggested that the elicitation/opportunity model had more explanatory power for men in urban areas than it did for women.  By the same logic, would the elicitation/opportunity model have more explanatory power for women in rural areas?  Kazyak’s work implies this possibility.

It is, of course, a dangerous game homogenizing gay and lesbian identities, performances, and cultures (just as homogenizing straight identities, performances, and cultures might feel similarly unfair).  But, it’s also true that gay and lesbian cultures have emerged as part of movements seeking recognition and rights.  Experiencing a “cultural fit” with stereotypes about your sexuality (or gender) within an environment that doesn’t negatively sanction you for identifying with those stereotypes might explain some of this issue.  Slightly amending something I wrote about bodybuilders, “[I]t is not atypical for individuals to [live,] work and play in environments in which their gender capital is considered valuable” (here: 97).  Because cultural understandings and stereotypes of sexuality are so tied to gender (e.g., gay men are effeminate and lesbians are masculine), this “fit” might be experienced in different kinds of spaces for many gay men and lesbians.

I’m fascinated.  It’s outside of my area of expertise, but it’s caused me to read a bit more on the topic as I prepare for the next time I teach Sociology of Sexualities (now part of the formal curriculum our department offers… Yay!).